Let me say at the outset that I’m a bookaholic.  I know that I share this addiction with many of you.  So let me also share with you some of the things I’ve been reading lately, or have recently read, or will be reading soon.  The number is legion!

To start with, I’m setting out on a new/old hobby: birding.  I was doing this in the past in a rather lackadaisical fashion, but now I’ve actually ordered a pair of suitable binoculars, which should arrive on my doorstep tomorrow, and I’ve added a couple of field guides to the one that I already had.  The new ones are the Stokes Beginner’s Guide To Birds, Eastern Region, and the National Wildlife Federation’s Field Guide to the Birds of North America. (Please see my post “Binoculars At Last!” for my earlier birding exploits). 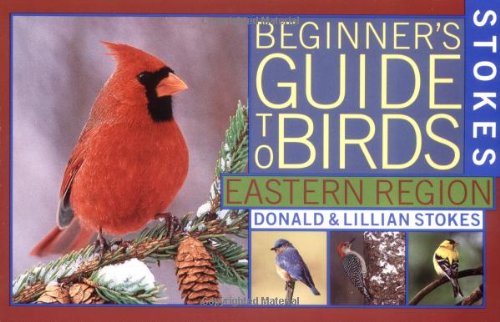 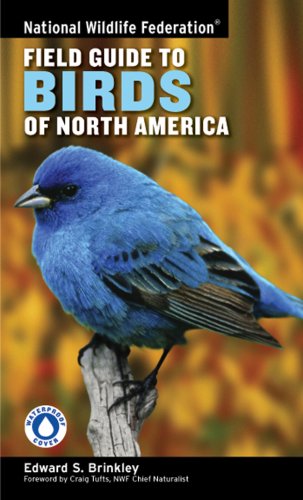 My other current non-fiction reading includes The Norman Conquest by Marc Morris.

I’m enjoying this book.  The writing style is quite lively and graceful for the work of an historian, although Mr. Morris’s many activities include  speaking to a variety of audiences and leading “specialist tours of British castles,” according to the end-flap, which probably gives him a more popular touch than some of his scholarly peers.  But the tone does not sacrifice the scholarship nor the scope of this work. Mr. Morris grounds us squarely in the culture and issues of the day, so that we have a good grasp of the significance of the events he recounts.

My study of the Normans, which grew out of my research into the Vikings, from whom the Normans sprang (see my post “Vikings!”), is soon to include the book, The Normans: From Raiders to Kings by Lars Brownworth. 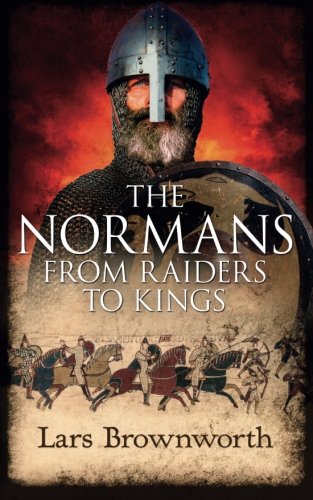 I ordered it in a recent book-buying frenzy, but haven’t been able to get to it yet.  The back cover promises that it is like a “gallop through the Middle Ages on a fast warhorse.”  Sounds good to me.

In looking through my stack of other books purchased in the same frenzy, I see that I have two books by Thomas Asbridge.  I recently finished his book , The First Crusade: A New History, and reviewed it on Goodreads, which you can access through the sidebar of this post.  His other books that are in my stack to read are The Crusades: The Authoritative History of the War for the Holy Land and The Greatest Knight, a biography of the great medieval English knight and power behind many thrones, William Marshal. 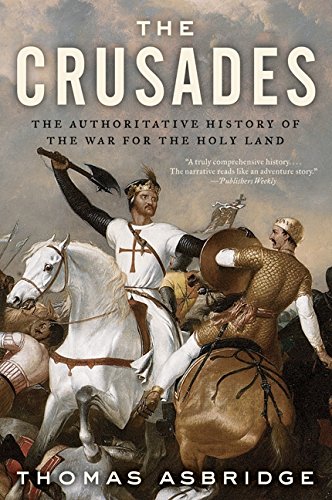 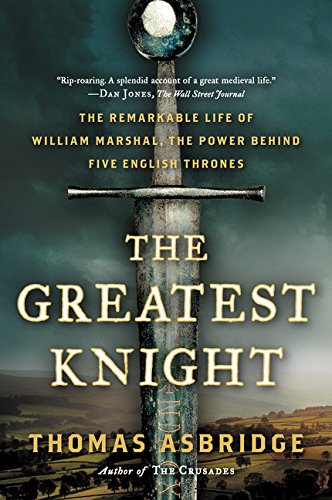 I’m looking forward to Asbridge’s continuing story of the Crusades, since his in-depth analysis of the First Crusade was so good.  And I wanted to read his biography of William Marshal because I got intrigued by Marshal when I was reading the historical novel of the same name by Elizabeth Chadwick. 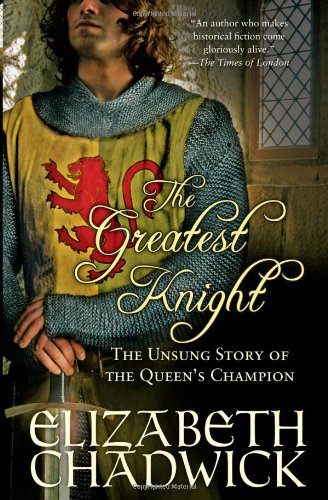 Apparently Chadwick’s novel is the second in a series of five about Marshal, but it is the only one I’ve read.  I really enjoyed it as historical fiction, but it led me to wonder how much of her story was true.  I will find out when I read Asbridge’s biography of Marshal.  William Marshal served five Kings of England and was a notable figure in the courts of Eleanor of Aquitaine, Richard the Lionheart and the bad King John, whose terrible abuses of royal power led to the signing and sealing of Magna Carta in 1215.

Speaking of Magna Carta, I just finished a free online course about it on FutureLearn.  I can’t recommend the courses on FutureLearn enough.  If you are looking for mental stimulation or entertainment, check out the courses they offer at www.futurelearn.com/courses.  I’ve taken The History of Royal Food and Feasting, the Magna Carta course, and am signed up for more courses on such things as medical humanities, literature and mental health, Shakespeare, the early history of the Quakers, and more.

On to fiction:  one book I read recently was Sweet Lamb of Heaven by Lydia Millet, which I also reviewed on Goodreads and gave the highest of marks to.  In fact, I enjoyed it so much that I went on to read her somewhat lesser, but funnier, novel Mermaids In Paradise and am now reading her novel Magnificence and her short story collection that was nominated for a Pulitzer Prize, Love in Infant Monkeys.  Too soon to say yet what I think of the last two books, but I do love a good short story collection. 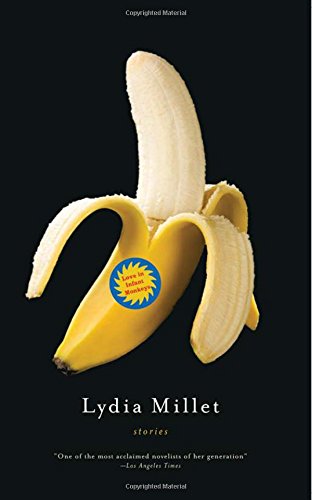 I’m also slowly making my way through Anthony Powell’s epic multi-volume fictional portrayal of life the upper-crust in England between the World Wars,  entitled A Dance to the Music of Time.  There are four “Movements” in the Dance, each of which contains three novels.  I’m on the second novel in the First Movement, A Buyer’s Market.  It’s a pretty slow slog, but I consider Powell’s achievement to be tantamount to Proust’s, so I’m willing to bulldoze my way though, however slowly and however long it may take.  Which may be decades at the pace I’m going.  So many other things to read! 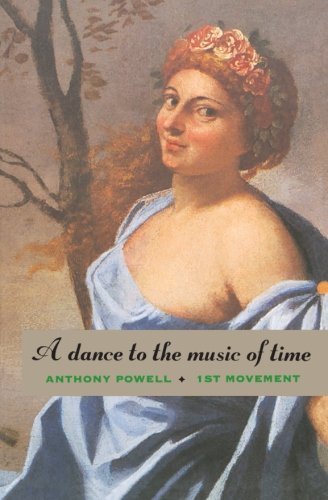 Still, I do like to have read the classics!

One classic that I am getting ready to re-read, for the third or fourth time, for my upcoming FutureLearn course, Literature and Mental Health, is Jane Austen’s Sense and Sensibility.  One of my favorite Austen novels, it is on the list of recommended reading for the online course.  We are asked to read a couple of books on the list to get ready for the course, and the other book I’ve chosen is Rachel Kelly’s memoir, Black Rainbow, about her struggles with depression. 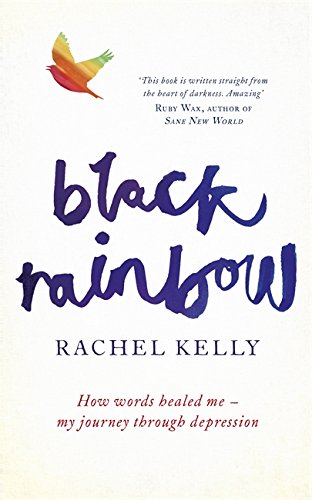 I can’t get enough of police procedurals, especially those set in other countries.  So I’m going to try Blood, Salt, Water by Denise Mina, which is set in contemporary Scotland, particularly Glasgow, a city I’d like to know more about.  I haven’t read Mina before,  but her jacket copy is impressive, including a very positive blurb from the New York Times Book Review, saying that her novels are “less concerned with personal guilt than with the social evils that create criminals and the predators who nurture them.”  This perspective is quite appealing to me because of my long career as a public defender representing poor people who had been convicted of the most serious and egregious crimes but who, when I met them in the course of doing their appeals or new trial motions, seemed just like everyone else and were often a lot more respectful and positive than many people I know on the “outside.” 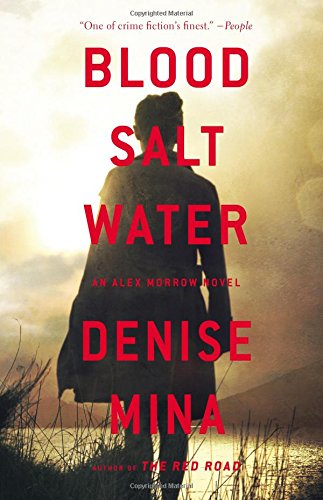 Leif G.W. Persson, the author of Another Time, Another Life,  is Sweden’s most renowned psychological profiler and is also considered Sweden’s foremost expert on crime.  I hope he is a good writer, too!  I’m particularly fond of mysteries set in Scandinavia. 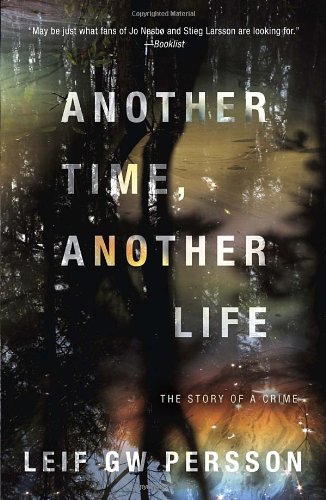 [A lengthy aside: I mourn the early death of Stieg Larsson, whose Millennium Trilogy about the journalist Mikael Blomkvist and the unforgettable punk hacker,  Lisbeth Salander, is an all-time favorite  of mine, so much so that I actually bought all three novels.  However, I was extremely disappointed in the attempt to  1) continue Larsson’s legacy, or 2) cash in on an extremely well-paying brand. David Lagercrantz in  The Girl in the Spider’s Web: A Lisbeth Salander novel, continuing Stieg Larsson’s Millenium Series, in my humble opinion is trying to cash in.  Anyone who characterizes Salander as having been in love with Blomkvist, as Lagercrantz does, is sorely lacking in psychological sensitivity toward a character so fully portrayed in Larsson’s novels.]

Also in my stack of fiction-to-read is another story collection I got from the library, Kate Atkinson’s Not the End of the World.  I do love Atkinson, and as I said earlier, I really like short stories, which a number of my published writer friends have said are much harder to write than novels.

Lastly, a shout-out for some of the books that friends have recommended by authors I haven’t yet read:  The Insides by Jeremy P. Bushnell;  Peter Beagle’s The Last Unicorn and Return: An Innkeeper’s World Story;  and the very prolific Neil Gaiman’s The Graveyard Book, plus his hybrid novel/graphic novel The Truth Is a Cave in the Black Mountains, as well as The Ocean at the End of the Lane.

[Update August 6, 2016: After discovering the amazing history blog of April Munday, called A Writer’s Perspective, https://aprilmunday.wordpress.com, I have put four of her historical novels on my Kindle: The Winter Love, The Traitor’s Daughter, and His Ransom, all of which are set in medieval days, plus the first book of her Regency Spies series, The Heart That Lies.  I was referred to Ms. Munday’s blog by another history blogger, toutparmoi, aka Denise Keay, who has liked this post and others of mine in the past, and whose delightful blog,  The Earl Of Southampton’s Cat, is about an Elizabethan cat who, with his friends, gets involved in various high-level court intrigues.  Check out both blogs, please!]

3 thoughts on “What I’ve Been Reading Lately”