Well, yes, it is Labor Day here in the U.S., a holiday often celebrated with backyard barbecues, but my frolics instead will consist of doing chores, paying bills, and studying, studying, studying. 😛 The actual holiday is to honor all American workers.

My cat Sissy likes to cuddle up next to me while I’m studying, whether I’m on the couch or in bed. Here she is posing with my Icelandic Saga textbook, Bloodtaking and Peacemaking, by William Ian Miller.

Also on the bed with us is the next Saga we are reading, Gisli Sursson’s Saga. 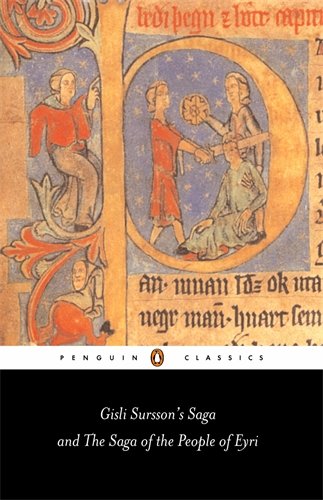 By the way, if you look closely, you’ll see that the covers of both books feature people getting their heads cut off with swords. Pretty bloody indeed! How do you make peace after your head is cut off, I wonder?

I have to admit that this Gisli Sursson’s Saga is a puzzler for me. There are so many characters doing so many ambiguous (to me) things, that’s it’s hard for me to figure out just what is happening, although once past the beginning, when Gisli is on the run as an outlaw, things become a bit clearer. Still, this is my second reading, and I expected to understand it better. I read it once before, just on my own, as part of the big volume, The Sagas of Icelanders, which contains a number of Sagas, including my favorite, The Saga of the People of Laxardal, which we’ll be doing in class later in the semester: 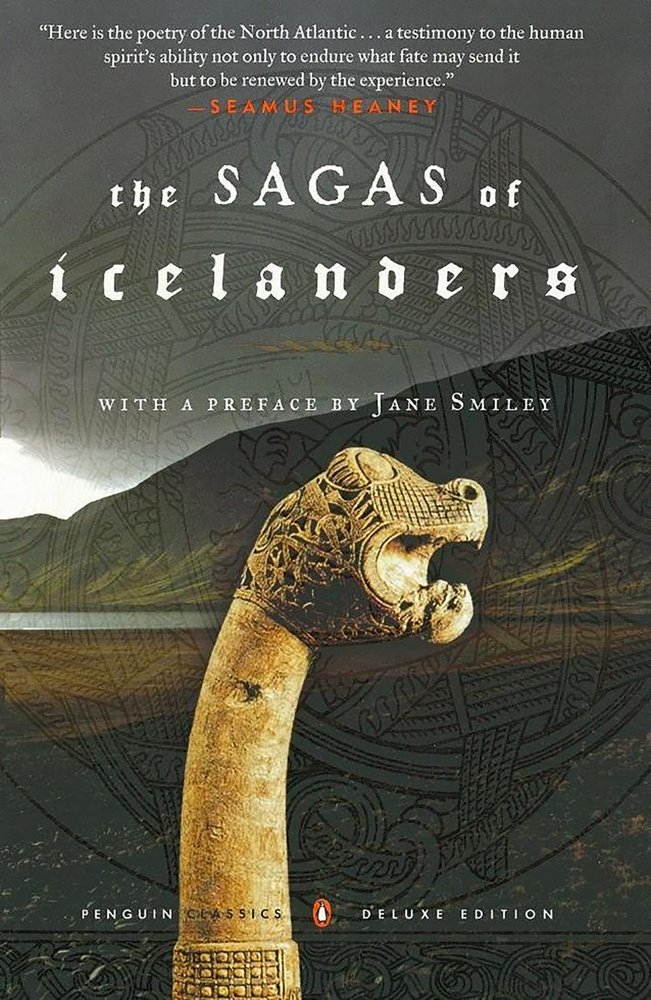 I’m hoping that my Saga professor, Dr. Merrill Kaplan, who is in both the English Department and the Scandinavian Studies Department, will make Gisli Sursson’s Saga much clearer for me! I do know that Gisli was an outlaw, although at the same time he was an honorable man, and a hero, by Old Icelandic standards. What I don’t understand is why the various prologues by contemporary scholars say that there is some kind of unrequited love story happening here. I just don’t see it, although I do see the stories of two couples, Gisli and his loyal wife Aud, and his brother Thorkel and his wife. Oh well. Next week all should become clear!

Meanwhile, I will let Sissy guide my Saga reading! ❤