After getting all the pieces of the new Viking underdress cut out yesterday and finishing all the edges, I expected to spend today sewing them together on my new Husqvarna Viking sewing machine. A Viking for a Viking! 😉

However, Fate had something else in store for me.

At the slow speed setting, the machine simply will not work. I checked the top thread placement, as well as the bobbin, several times and cannot find anything wrong there.  Now it’s doing the same thing at the medium speed setting, and it is having a hard time starting up at the fast speed setting, too.

So back to the Viking dealer it must go. Sadly, I cannot take it in until Monday.

This puts my sewing schedule back quite a bit, because until I have this underdress finished, I don’t know whether I will use this pattern or the T-tunic pattern I used on my first underdress for my Coronation underdress, which must be ready by the beginning of May, along with a new smokkr, or apron dress (for which I’ve embroidered a silk panel already, see Double Herringbone Stitch finished..).

That’s a lot of sewing still to do.  And none of it can get done while the Viking won’t work.

A Viking for a Viking? I wish! Maybe I should have gotten that Janome machine I was looking at, or a Brother… 😛

But hopefully it’s just another case of user error and can be corrected Monday at the dealer. If not, it will have to be sent in to get worked on, and I won’t have it for a week or ten days at best. 😦

Wish me and the Viking luck!

On a happier note, I’ve discovered a band new to me that I really like. They did the song that accompanies the credits on the Netflix Original series “Anne with an E.” See The best opening sequence on TV!, where you can listen to the song while watching the credits. The band is called The Tragically Hip, or just the Hip.

They are Canadian, like so many other musicians I love (Joni Mitchell, Walk Off The Earth, and countless others). Sadly the lead singer, Gord Downie, died of brain cancer in 2017, an untimely death indeed. 😦 But the band is soldiering on without him.

Although the Hip never gained wide recognition in the USA, they were one of Canada’s most popular and beloved rock groups, with a distinctive sound. And here in the USA they definitely had their fans, too, especially in places bordering that Country Up North, such as Buffalo, New York.

Their song for “Anne with an E” is called “Ahead By A Century.” It was sung by crowds all across Canada when Gord Downie died. Catch it on YouTube at

Here’s a video talking about the Hip and Gord Downie’s early death at age 53:

And here is the original 1996 Tragically Hip video for “Ahead By A Century:”

I listened to some other Tragically Hip songs on YouTube and liked them all. So I ordered a  two-CD Tragically Hip compilation from Amazon called “Yer Favorites:” 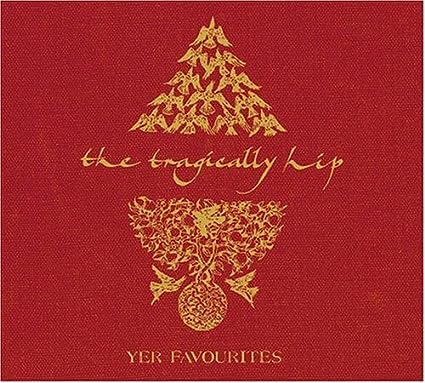 Another CD I ordered is an oldie but goodie by the Youngbloods called “Elephant Mountain.” It has one of my all-time favorite songs on it–“Darkness, Darkness.” Definitely give it a listen!

The album “Elephant Mountain” came out in 1969, the year I started college at Grinnell in Iowa. Here I am in 1970, photographed by fellow student Matt Cort:

The wonderful thing was that the Youngbloods came to Grinnell for an outdoor concert while I was there! It was truly AMAZING!

I don’t think I was even doing psychedelics. It was just wonderful all on its own.

Jesse Colin Young is an amazing songwriter and singer. Here’s my other favorite from Elephant Mountain, “Sunlight:”

The only Top 40 hit that the Youngbloods had was “Get Together.” I’m sure you’ve heard this one:

1967 was the same year that Buffalo Springfield had the hit song “For What It’s Worth,” although most of us back then called it “Something’s Happening Here.”  Check it out:

Here’s what Wikipedia has to say about Buffalo Springfield:

Buffalo Springfield was a Canadian-American rock band active from 1966 to 1968 whose most prominent members were Stephen Stills, Neil Young, and Richie Furay. The band released three albums and several singles, including “For What It’s Worth“. The band combined elements of folk and country music with British invasion and psychedelic-rock influences, and, along with the Byrds, were part of the early development of folk-rock.

Another favorite musician of mine from 1967 is the inimitable, but often-imitated, Jimi Hendrix.  And my favorite song of his is “Little Wing.” I’ve even asked that it be played at my funeral someday:

I couldn’t find a good video of it on YouTube, so I hope this link to my Amazon Music file will work for you. I think this link is to an entire album of his greatest hits. If you scroll down, you will find “Little Wing.” Please tell me if it doesn’t work for you. Meanwhile, here’s the best version I could find of him doing “Little Wing” on YouTube, a live version:

I also really like SRV’s version of “Little Wing.” SRV is the late Stevie Ray Vaughan. Why are all these great musicians dead, and dead too young? 😦

Tomorrow I’m going out of town to have lunch with a very nice man. ❤ Sunday will be church, where I’m reading the Scriptures, and then hopefully a visit from a friend and fellow musician in the afternoon. On Monday, it will be off to the Viking dealer!

While I’m gone, I hope you will enjoy some of this music. 🙂

3 thoughts on “My Viking went kaput…”