Last weekend I went Medieval camping in Pennsylvania, at the same site where I’ll be for the gigantic Pennsic War (10,000+ campers over a two-week period) in August. This event was called Aethelmearc War Practice, by The Shire of Steltonwald. It functions as a lead-up event to Pennsic. (See, for example, Pennsic 2018 update)

Some of us from the local central Ohio SCA group, the Marche of Tirnewydd, went to AWP, including our Midrealm King and Queen and my friends Slany and Dan.

I decided to go at the very last minute and forgot a couple of important things, like my rubber mallet for pounding tent stakes in with and a camera or two. My phone died shortly after arriving, so there are very few pics.

But here’s what I’ve got. Some deceptively calm-looking shots of my newly-pitched tent. It was a real bear to get it up without it flying away in the moderate to gusty winds on the lovely hillside I chose. Finally Regina, the woman in the site next to mine from Middletown, Pennsylvania, took pity on me and came over to help. It was still a major struggle even with two of us!

We didn’t put the whole thing up, either, so it rather flapped in the wind. But I stayed dry inside it the whole time, which was pretty remarkable, considering how much it rained. So all in all, I was, as they say, “a happy camper.” ROFLMAO! 😛 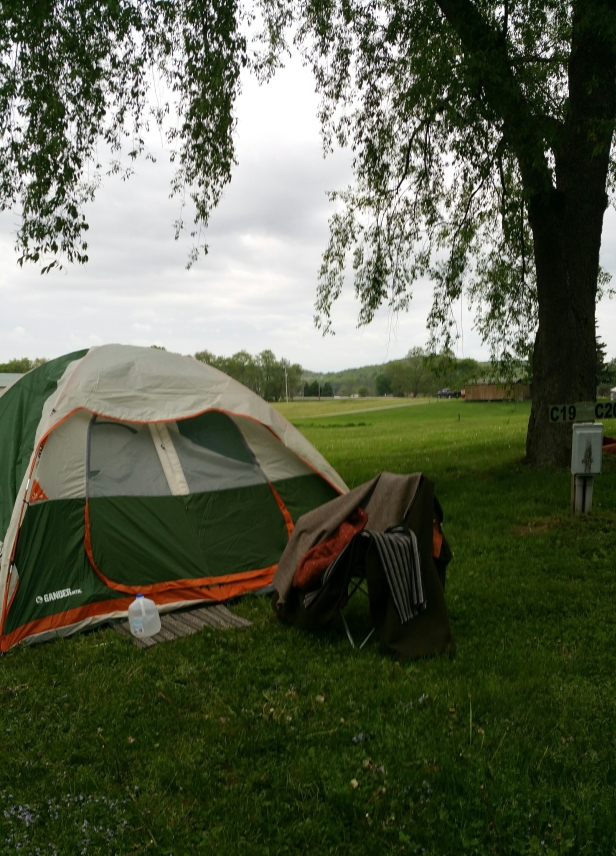 For War Practice, you’re allowed to park your cars on your campsite if you can do so without them running over into the lanes. At Pennsic though, once you’ve offloaded your gear, your vehicle has to be parked in one of the lots.

Once I got my tent up, yet firmly anchored to the ground, I changed from my modern mufti into some Medieval garb and felt much more at home:

I went off with Regina and her friend Dumas to rendezvous with some of their colleagues who were investigating the fine art and science of drinking Sambucca. For myself though, the tipple of the weekend was Mike’s Hard Lemonade, Black Cherry Flavor. Yummy!

Later that evening I discovered the other Tirnewyddians, who had arrived at the site much later than I did. They saw me walking down a lane in the dark, but concluded that I was too short to be me. But it was me indeed! 😉

It turned out that we were all camped very close together, although entirely by serendipity. Strangely enough, none of the War Practice administrative folks seemed to be at all familiar with Pennsic place names, even though many of them attend both events…. So I’m not totally sure where I was camped (except that my campsite had a placard saying C19 on it), although I think it may have been Runestone Hill… Since I haven’t yet been to a Pennsic War, I was pretty well in the dark.

Next morning it was off to the battlefield, which is at least in the same place for both events. I had a mission to complete, which was to give a token of my thanks to Hagar the Blushing, mka Trevor James Ellis, who was the very gallant man who gave me his arm to escort me into the Royal Presence at Evening Court during TRMs King Alric and Queen Katherine’s Coronation a couple of weeks earlier:

I’ve discovered since Coronation that Hagar is a much-beloved member of the retinue of Aethelmearc’s Royal Majesty, King Sven. Hagar is also a renowned heavy armored fighter. So I looked for him near the Aethelmearc Royal Compound beside the battlefield, and sure enough, there he was:

I gave him one of the necklaces I had made as Coronation favors, took his photo, and scurried off, feeling quite embarrassed indeed! When I saw him later that day during Court, I kept my head down, so to speak. <blush>

Here are the other folks whose photos I managed to take around the battlefield before my phone gave its last gasp:

At Evening Court at AWP, there was an Elevation of Ursula of Rouen to Pelican. Ursula just happens to be our own Sir Paulus’s Household cousin! Small world. And the gallant who started off the Processional with a blast from a horn was none other than Hagar the Blushing. Very small world indeed. One of the coolest things about the Procession was the Shieldmaiden story declaimed most wonderfully well by a woman who must remain anonymous, for now at least, due to my ignorance. At the end of the story, which involved that famous substance Shieldmaiden Glitter, she tossed out packets of said glitter. These are the ones I scrambled for, photographed once I got home:

I still have trouble, though, bending those blasted poles they use these days for tent frameworks. Ugh! I wish I still had my old canvas pup tent! 😛 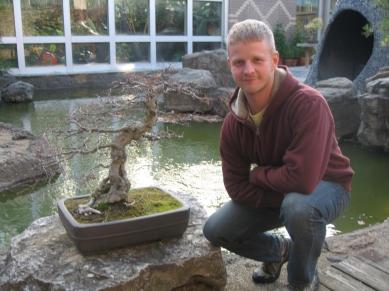 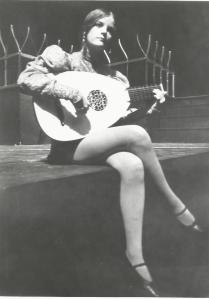 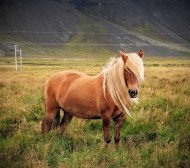 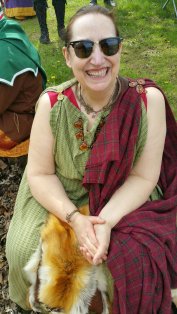 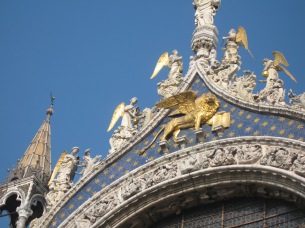 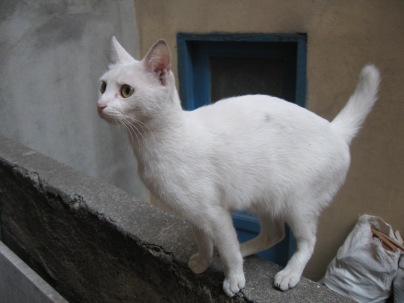 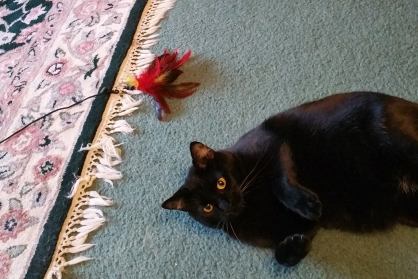 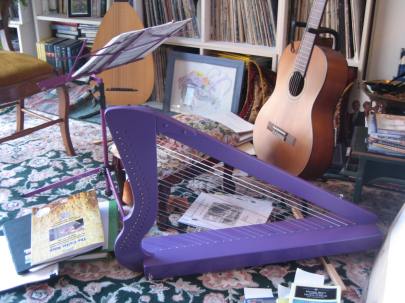 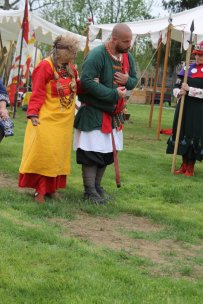 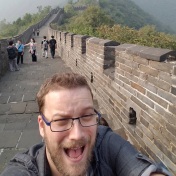 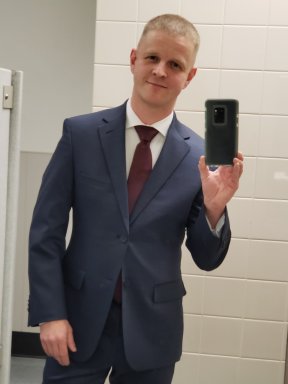 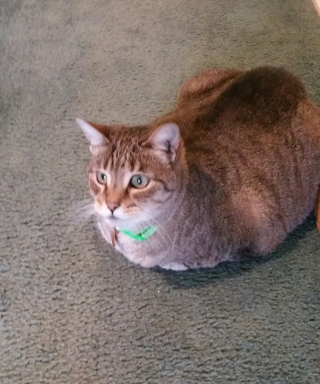 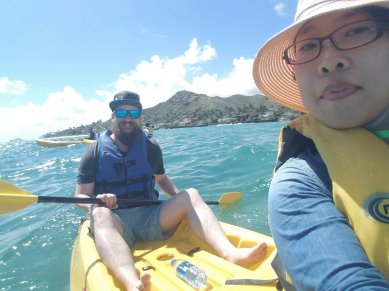 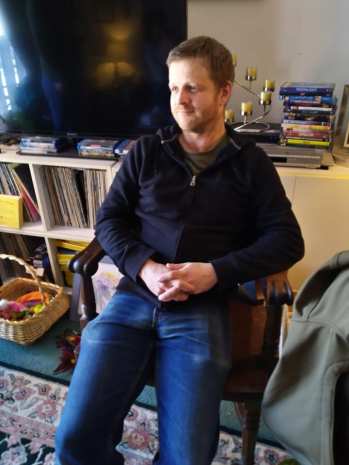 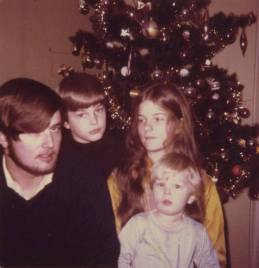 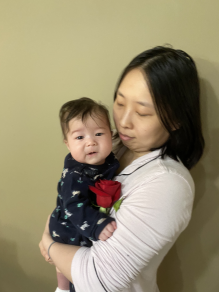 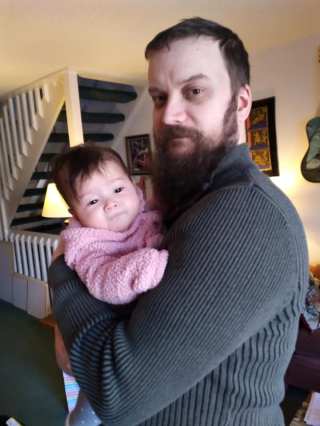 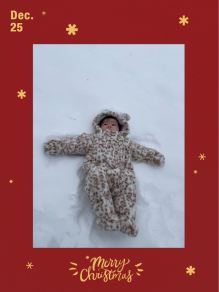 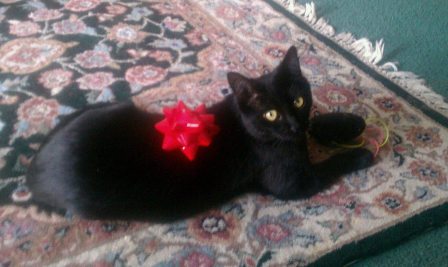 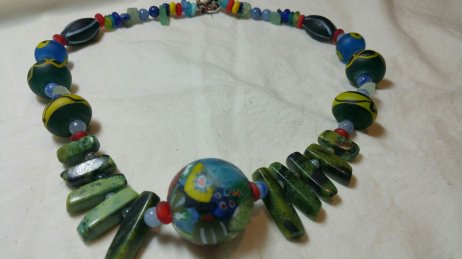 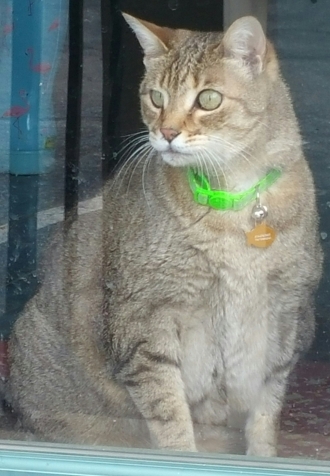 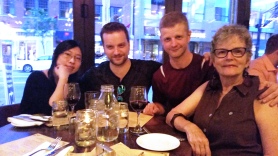