Last night I went to see Liz Brasher, who was opening for Red Wanting Blue at the Newport, across the street from The Ohio State University in Columbus, Ohio, USA.

The Newport is a hoary old institution. I remember its earlier–much earlier–incarnation when it was called the Agora. Always a good venue for hearing rock and blues bands on tour. Not too big, not fancy at all, but with cheap drinks and lots of atmosphere that only comes from having been “lived in” as a venue for so very long…

Finally the opening act before Liz Brasher came onstage. It was a local duo called The Receiver. I thought their drummer was very cute.

I first heard Liz Brasher earlier this week on NPR, when they played her song “Feel Something,” from her 2018 EP Outcast. It affected me so deeply that I pulled over to listen to the end and prayed that the performance notes would be announced immediately. Thankfully they were, and I wrote them down so that I could look her up as soon as I got back home. 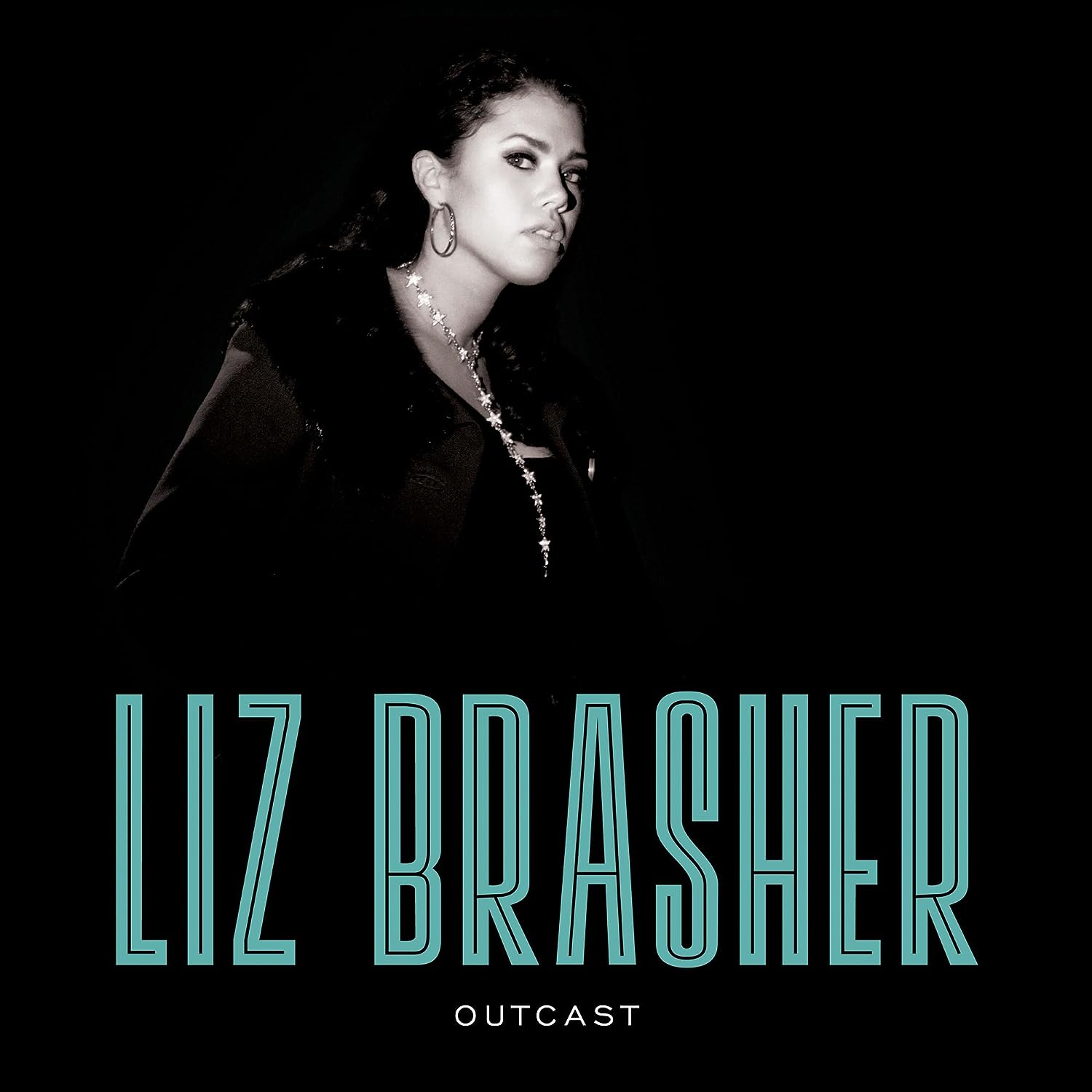 I discovered when I Googled her that Liz Brasher is considered a Southern Americana artist. She hails from Memphis Tennessee. In part of an interview I saw on YouTube she said that she had been influenced by all genres of 50’s and 60’s music, and that Mahalia Jackson was her vocal idol.

She also said in that 2017 interview that she’d been playing guitar for four years, which is pretty impressive, considering what she can do with it while remaining heavily focused on her vocals. I guess I hadn’t read the liner notes to Outcast carefully enough before the concert, because I was surprised to find that she basically is self-accompanied, mostly on her Gibson SG.

On this tour she appeared with just her bass player and drummer, which was a bit disappointing, because one of the things I like most about the Outcast EP is the Hammond B-3 organ stuff. When I saw her setup at the Newport, I knew, correctly, that she wouldn’t be doing “Feel Something,” because it relies so heavily on the B-3. Oh well. Touring with that huge heavy organ would indeed involve a lot of logistics, not to mention muscle!

The show was still dynamic, even without the B-3. I was quite impressed, and I came away an even bigger fan than I had become through listening nonstop to the EP for two days. She opened with an understated number, “Blood of the Lamb,” which was when I first realized that she is her own accompanist.

During most of her set I just put my camera away, so that I could concentrate on listening to her. But here are the shots I did take:

At the end, she put away her SG and played Body of Mine, a great tune. My advice to you is: buy Liz Brasher’s EP. It is called Outcast and you can get it on Amazon.

3 thoughts on “Liz Brasher at the Newport”

Me with pink party hair, December 31st, 2018.
Follow Let Us Live Like We Mean It! on WordPress.com
Join 1,387 other subscribers